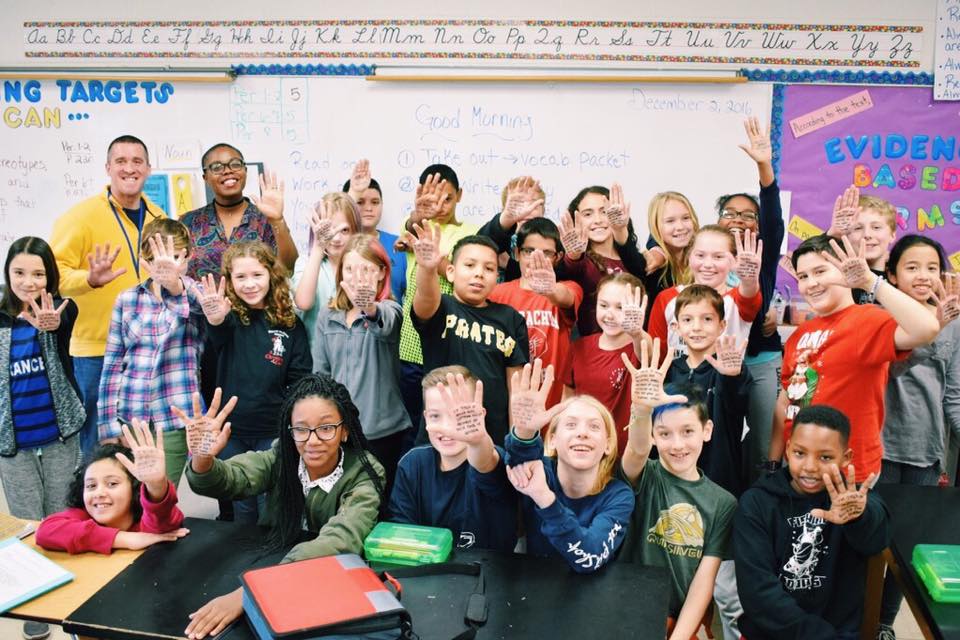 In November 2016, we were fortunate enough to be invited back to New York to visit a number of schools around the state (Rombout Middle School in Beacon, Center for Creative Education in Kingston and David A. Boody Junior High School in Brooklyn) over two months, organised by local educator Donna Mikkelsen. 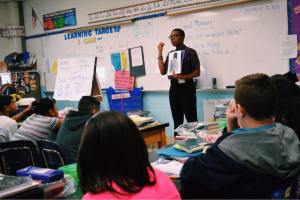 These school visits included co-founder Paula giving workshops to the students on micro-aggressions, stereotypes and media bias, as well as interactive activities that explored privilege and success according to societal expectations. Students took part in the project themselves, each coming up with their own statements which were photographed and showcased within mini-exhibitions within the schools which were open to parents and school visitors. Feedback from students included many mentioning that they’d never thought about the impact of their words on fellow students and hoping that the project would return next year! 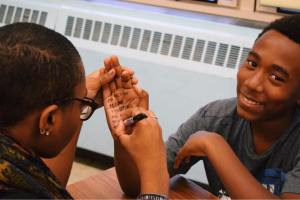 Additionally, while out in New York, Paula and Harriet held four photoshoots in Beacon, Croton and Manhattan, with members of the public registering for slots in advance, meeting the pair on the day of the shoot and having their picture taken – with resultant photos being used in the project. 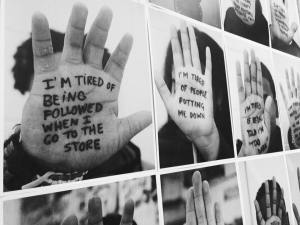